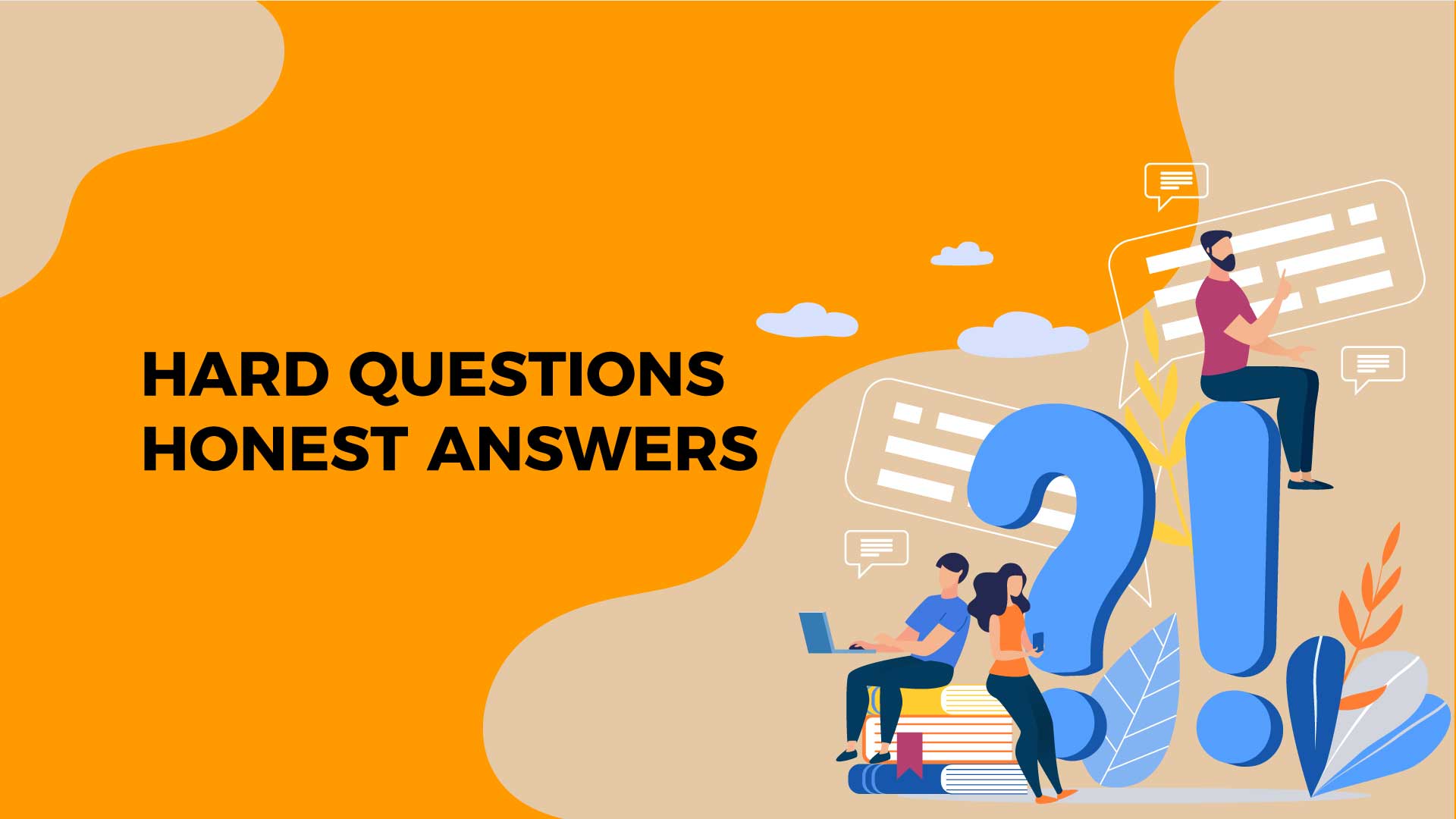 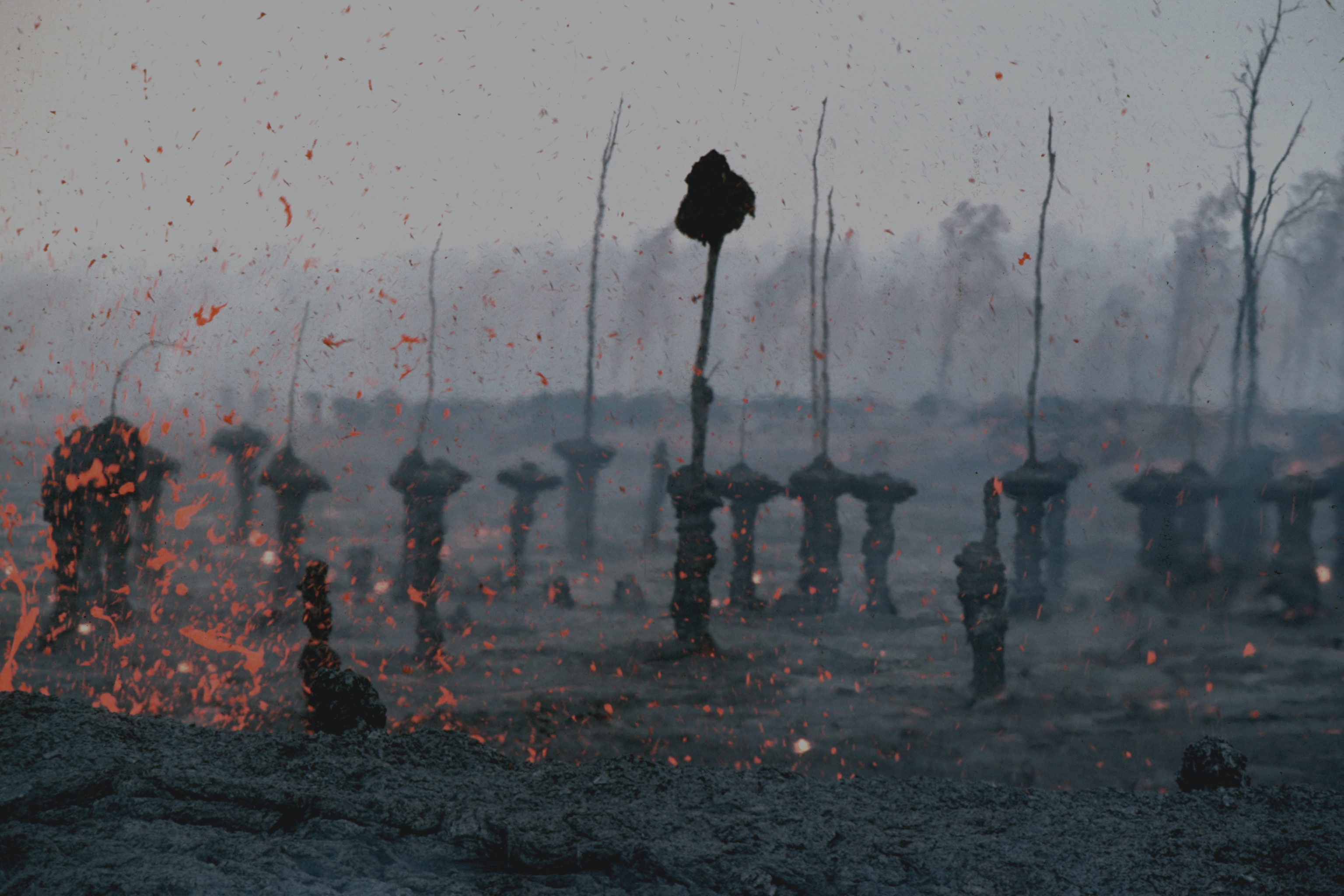 Why Natural Disasters?
Dr Latha Christie
As we navigate through this dreadful period, it helps to remember that
God identifies with us in our suffering by walking with us through it.

I never knew volcanoes could be beautiful until I visited the Taal Volcano that is located about 55 kilometres  south of Manila, Philippines.  It sits on an island within a lake, in an incredible location that defies belief. It’s considered one of the world’s most dangerous active volcanoes as it has erupted 30 times since the 16th century, accounting for the deaths of more than 5,000 people. Taal Volcano erupted again this January 13 ,2020, sending a plume of smoke and ash into the sky, destroying homes and displacing many people. During the same time, the coronavirus outbreak that started in China started to sweep across the world, and the world leaders could not stop its spread despite many lockdowns. And as we stand helpless before its death pangs, fresh attacks in the form of natural disasters are striking us – the cyclone Amphan that devastated Kolkata and Bangladesh and then the swarms of locusts attacking Rajasthan, Gujarat and Maharashtra. At this juncture, I am overwhelmed with sadness while being loaded with many philosophical questions –

Why all these meaningless disasters and massive suffering? Why are good people affected as much as the bad ones? And many times, why are evil people spared while the good ones struggle? Does this signify the end of the world as written in the Bible? Is God trying to tell something specific to us?

Though I wish I would get a definite answer, I did not get any straightforward answer with my limited human understanding. Since we are not God, none of us can give the final answer except the Creator God Himself. We also cannot predict nor control any such disasters. That brings us to the realization that man is not the measure of everything but just a tiny, weakling before the vast, mighty cosmos. Then where can we find the answer? The Creator who made this vast cosmos and tiny beings like us in His very own image has given us His Word (Bible), which will provide us with some clue to it all. So, I decided to devour the Word of God to find out if God would speak to me. 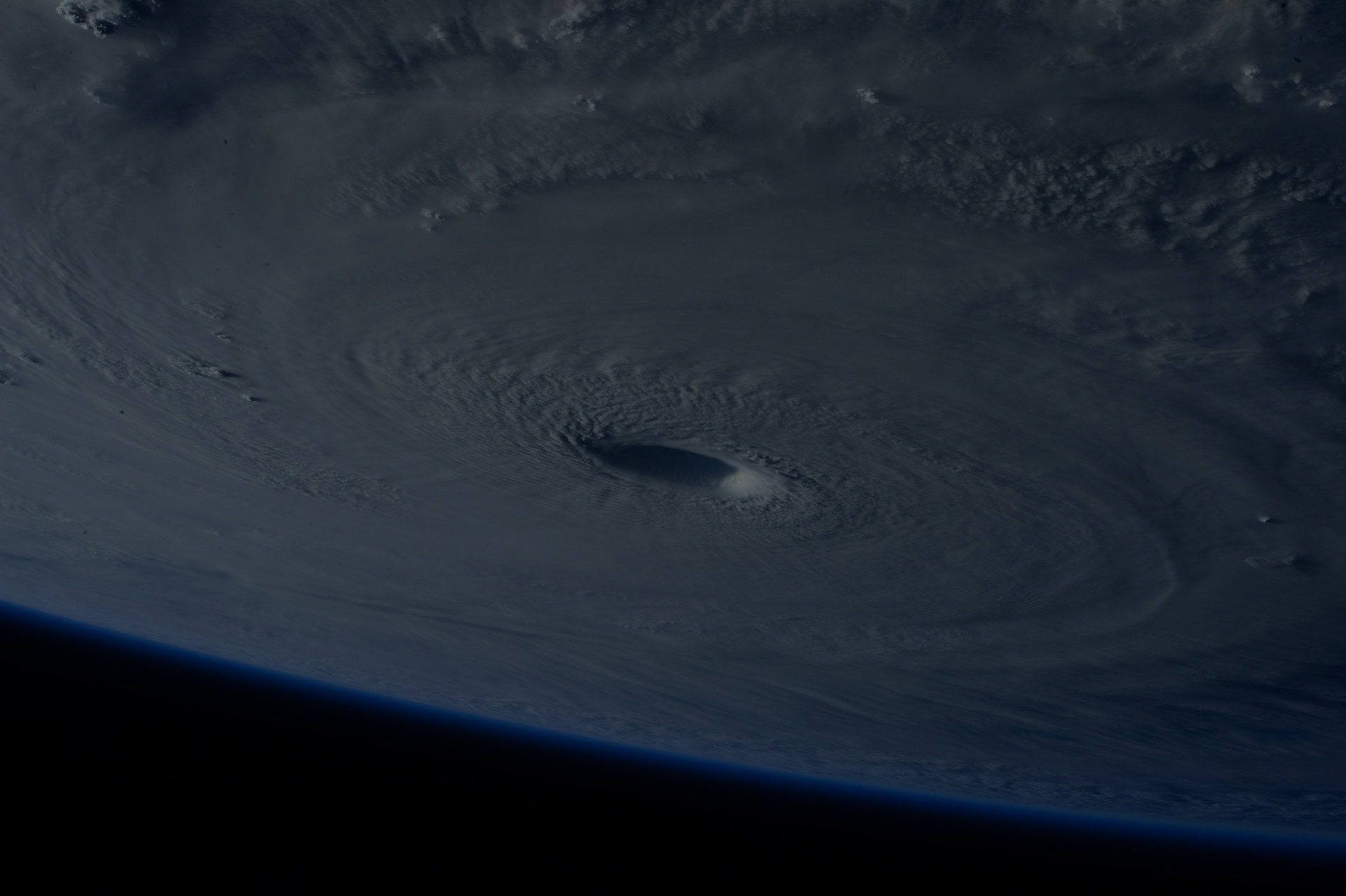 There are many instances of disasters recorded in the Bible. The first major disaster took place when the first human pair, Adam and Eve,  decided to eat from the tree of the knowledge of good and evil, proclaiming autonomy from God. Since this rebellion was a cosmic event, even nature turned against humans and brought forth thorns and thistles (Gen. 3:18). This rebellion of the first human pair defiled the Earth, bringing in destruction, causing some aspects of nature not to operate as God originally intended. Thus, nature became frustrated in its purposes and can no longer be the same as it was created to be.  The reasons for other disasters that are recorded in the Bible were due to (1) God’s judgment on sin (e.g., Flood of Noah, Destruction of Sodom and Gomorrah, plagues of Egypt and so on); (2) Demonic powers (Job losing his children and possessions; suicidal swine in Mark 5:1-20) and (3) the natural causes to maintain our planet’s tectonic activities. When creating this world, God used terrific things like plate tectonics (the movement of the rigid plates around the surface of Earth) to create continents and oceans, which also causes dangerous activities like earthquakes and volcanoes. Even the dangerous volcanic ash contains minerals that are beneficial to plants. Volcanoes help to cool the Earth, removing heat from its interior and also bring out minerals such as tin, silver, gold, copper, and even diamonds, and also volcanic ash often.

God does not love to bring affliction but wishes that all people would repent and come to Him, and so disasters sometimes serve as remedial warnings

Though there are many reasons behind the disasters, we realize that we cannot pinpoint one single reason behind the disasters. Though many times judgments are due to original sin and personal sin, God does not love to bring affliction but wishes that all people would repent and come to Him, and so disasters sometimes serve as remedial warnings. Mainly, disasters are a time of reflection and repentance and to realize that God is our only security and our present help in times of trouble. This makes us to rest on the character of God and to be sure that everything is under His control. Though the final answers are not presently perceivable, we know for sure that we will find it in eternity.

I also feel that such disasters force us to evaluate the signs of the times as told by our Lord Jesus (Matthew 16:3). Jesus taught that there would be an increase in natural catastrophes during the end times, and before the coming of our Lord Jesus on the clouds. This theme resonates in three gospels in a crystal-clear manner (Luke 21, Matthew 24, and Mark 13). Such disasters shall come to pass, but the end shall not be yet. Again Jesus emphasizes that these are only the beginning of sorrows. All three chapters also speak of coming of the Son of man in the clouds with great power and glory while the sun shall be darkened, and the powers of heaven shall be shaken.

Mainly, disasters are a time of reflection and repentance and to realize that God is our only security and our present help in times of trouble.

Though we do not know the day and the hour of the second coming of our Lord Jesus Christ, we know for sure that such disasters set the stage for the end. This is not to stir the emotions or passions of people but to inform us that we are nearing the end times.

Soon the heavens might shake, and the Son of Man will arrive because the present condition of the Earth seems to be ripe for God’s judgment. This appears to be a period in World history that ought to help us see an uncanny semblance in the coming together of certain sobering signs of the end times.

Since the Lord does not wish for any to perish but for all to come to repentance, apostle Peter gives warning to all of us in 2 Peter 3:10 – But the day of the Lord will come like a thief; when it comes, the heavens will disappear with a terrible noise, and the celestial bodies will melt away in a blaze, and the Earth and every deed done on it will be laid bare. Since everything will be destroyed in this way, what kind of people are you supposed to be? Are we prepared to face the end time? Have we set our priorities in order? Are we trying to reach the desperate souls around the world with solutions that the gospel alone can provide? 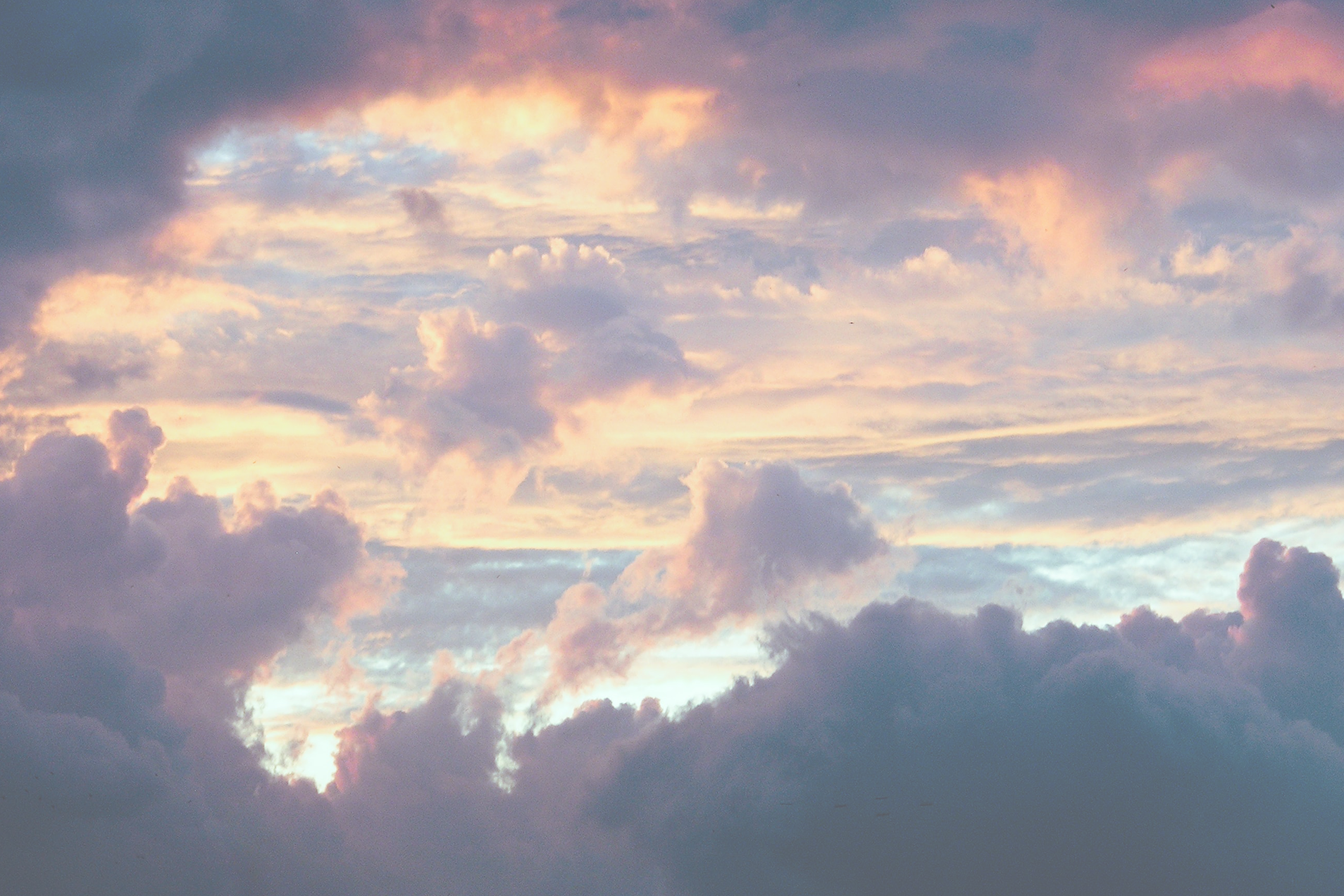 Though we do not know the day and the hour of the second coming of our Lord Jesus Christ, we know for sure that such disasters set the stage for the end. This is not to stir the emotions or passions of people but to inform us that we are nearing the end times.

Finally, though the reasons behind such disasters are unknown, we know for sure that God is Sovereign, and since God has allowed it, He is in control, and so let us not be swept away by panic and fear. And God’s offer to us, while we are navigating through this most dreadful period, is twofold. Firstly God identifies with us in our suffering by walking with us through it, and secondly, He alleviates the suffering by giving hope of eternal life, a life where every sorrow will cease and every tear will be wiped away. The Bible ends with an ecstatic vision of a new heaven and new Earth – “coming down out of heaven from God, prepared as a bride beautifully dressed for her husband” (Rev. 21:2). And we hear a voice declaring from the throne of heaven, “Look! God’s dwelling place is now among the people, and he will dwell with them. They will be his people, and God himself will be with them and will be their God. He will wipe away every tear from their eyes. There will be no more death or mourning or crying or pain, for the old order of things has passed away” (Rev 21:3–4). Hence, we can nestle close in His arms, while we struggle to walk through this difficult period because of the immensity of the love of God and the intimacy of His Presence.